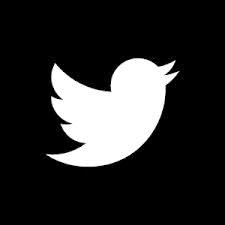 Intelligence without ambition is a bird without wings.
~Salvador Dali

Or, you have an account, but are afraid to leave the nest AKA you have no idea what to Tweet or who to follow, so you avoid the flock.

Maybe you are a frequent Twitter flyer, but need help organizing the nest.

You may be wondering, why would I need Twitter in my classroom? In the words of George Couros, "If you are an educator and not using Twitter, you are becoming illiterate."  While a bold statement, let me explain further.  Our world has and always will function through media.  Flyers transformed to newspapers, pamphlets transformed to magazines, newspaper reporters morphed into TV reporting and then media hit the Internet.  Any kind of information one can seek can be found online.

Even the Internet, while at first limited to government agencies and the tech gurus developing networking systems, has grown leaps and bounds. The first common thread through all of these information sharing platforms is technology. The second commonality is rapid change of the technology; from the reveal of the TV early in the 20th century to the Internet toward the end of the century.  Since the birth of the Internet, this too has changed and continues to change at warp speed. All forms of media mentioned above can now be found in an instant by Googling and using hashtags.

At this point if you find yourself wondering, what's a hashtag? Take a look at this Esurance commercial...you are not alone!

Even the selfie has transformed!  It is time you do too. Click HERE for more on How To Fly with Twitter!
From the basics of Twitter to integrating TweetDeck, from lurking in the chats to sharing with followers...these Twitter basics will help you increase student engagement as well as expand your PLN.